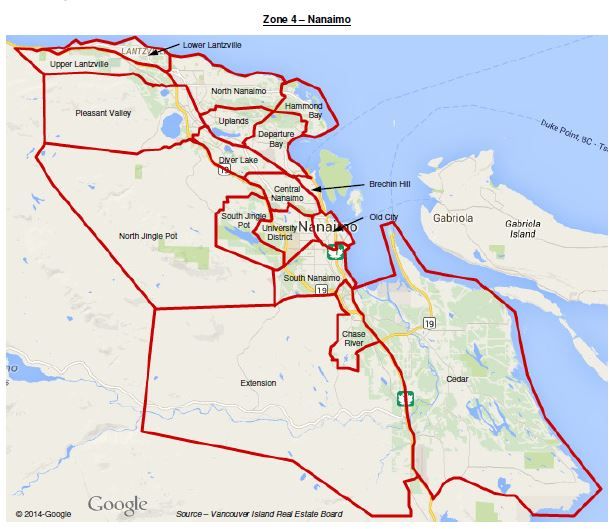 The real estate listings for Nanaimo are split into a total of 18 different sub-areas so you can see straight away the general area that a home is located in. They extend from South of Nanaimo airport up to Lantzville. Below we look at the Departure Bay area.

This area is bordered by Brechin Road in the South, the Highway/Norwell Drive/Departure Bay Road/Rock City Road in the west, runs across Linley Valley in the north and the waterfront of Departure Bay in the east. There is some good historical information on wikipedia which can be found HERE.

In this area you will find Nanaimo Golf Club, plus a number of parks including Linley Valley, Woodstream Park and Sugarloaf Mountain Park...although describing it as a mountain is a bit optimistic but it does have some great views from the top!

The beach at Departure Bay is the best in Nanaimo (I live in Departure Bay so am definitely biased!) If you are into kayaking you can also put in at the end of Loat Street, you may just have a bit of a walk if the tide is out.

Homes in this area are generally older being built anywhere from the 1960's to the 1990's and there are some great ocean views available. To see all the properties currently listed for sale in Departure Bay click HERE.